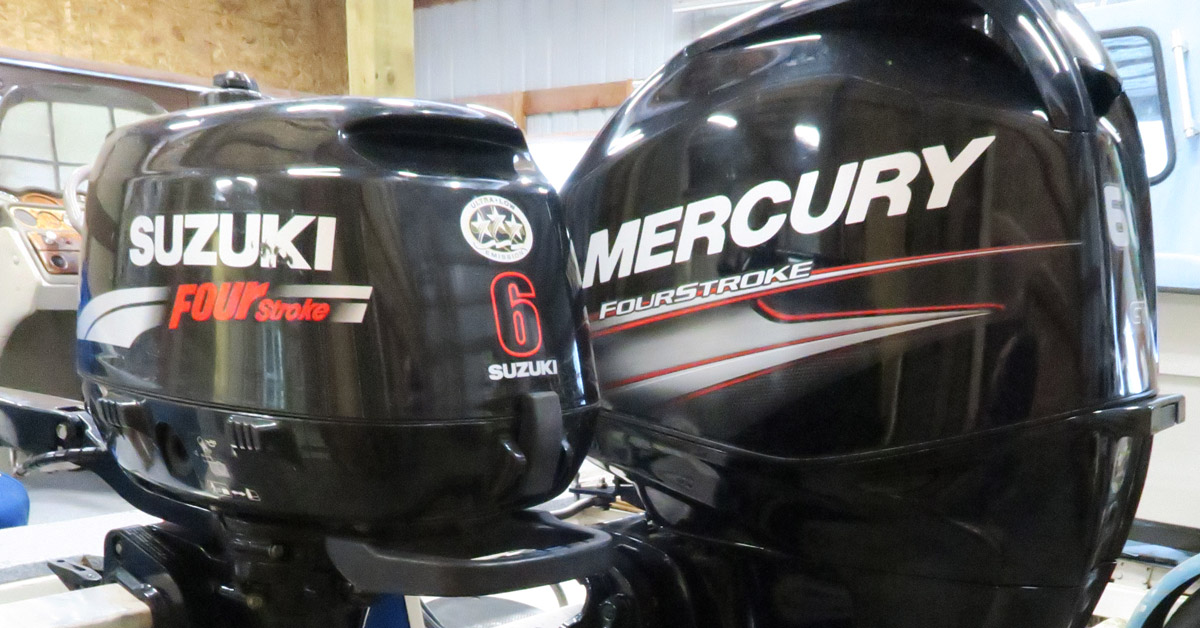 A few weeks ago I wrote about wrestling my boat buying habit into submission with some buying rules. Since then I have bought two more boats. Well, my wife bought one of them, a beautiful 14′ Pygmy Ronan kayak, so that does not really count. But just a few days ago I bought another boat that I absolutely had no need for. And then I sold it the very next day.

You are probably wondering, what the hell? Is he really that weak willed? It’s kind of an interesting tale, and I think the purchase was perfectly reasonable. Let’s see if you agree, or if an intervention is necessary.

Here is the story. I need a new motor for my Lavro Dory. The 1980’s, 85hp Suzuki two stroke, has to go. It runs fine. But it’s an over muscled heavy brute, long in tooth, and rude to the environment and my senses. For the cruising I will be doing in remote areas of the Inside Passage, I need a reliable, fuel efficient and quiet four stroke motor. I settled on 60 as the lowest amount of horsepower that will give me the speeds I want to cruise at, running at 3/4 throttle or less, without taxing the motor. Just about any brand would do. They are all excellent these days.

Now, I have been watching Craigslist and Facebook ads like a hawk for over a year. I was looking for a newer motor with low hours. But there has been a remarkable dearth of used motors for sale in my desired horsepower. It was noticeably odd. Unprecedented even, for me to be so unsuccessful at buying something boaty. Something was going on.

Then I sold my Rosborough, felt a little cash flush, and began considering a new motor. Checking with our local Yamaha outboard dealer, I was told, “good luck getting a new motor”. That was a big surprise. I learned that so many people were buying new boats during covid, that the OEM boat manufactures had bought just about every new motor that the motor manufacturers could make, for years to come. They said it would take six months to a year to get me a motor, and that I should be happy with that because motors 100hp and up could take two years. This was also why used motors were not coming up on the market. Folks are not able to re-power, so they are keeping their current motors.

Nonsense I thought, I bet I can find new one. I called dealers all over the Puget Sound. Nope. No one had a motor, and they had long waiting lists. One dealer explained that in 30 years of business they had never experienced the like. Actually, I found one dealer in Bellingham that had two 60hp Mercury Command Thrust motors coming in three months. I got a quote. It would be $10,000 with prop, controls, and taxes. If I had acted instantly I could have got one, but by the next day they were already sold, which was fine. I really did not want to spend $10k on a new motor anyway. I still have a house mortgage after all, and a good marriage.

So, I could not find a used motor, and even if I could get a new one, I had sticker shock. But I had noticed something while searching for used motors. Occasionally, I would see a used boat with a motor on it I wanted, priced about the same or less than a new motor by itself.

With this idea in mind, I found a fishing skiff for sale with a nearly new Mercury 60hp Command Thrust motor, with only 20 hours on it. The stickers were still on the motor. And just for kicks, a 6hp Suzuki four stroke motor was also included. I could also use that. I made an offer, and sure enough, proved my theory. I got it all for thousands less than the 60hp would cost new. Remarkably, the boat itself was a really nice welded aluminum fishing skiff by a respected brand, on an excellent trailer that had only seen fresh water. The boat did look a little tired because the original paint and decals had seen better days. But all and all it was a bargain.

The plan was to strip both motors off and use them on my dory, then put my older Suzuki 85hp on the aluminum skiff and resell it, recouping a good portion of what I paid for the package.

What actually happened was that I sold the boat the very next day to my brother, without a motor. I gave him a great deal. He is in no rush, and will order a new motor for it. And I will still sell my old Suzuki motor. After all this horse trading is done I will have a nearly new main motor and a kicker to boot, for about 1/3 the price of the 60hp new. No intervention necessary, right?

Now, if you are like me and my wife, the most humorous part of this story is the model name of the motor; Command Thrust. The Command Thrust has a larger gear box on the bottom, so it can throw a bigger prop, which is desirable for heavier, slower boats. It is perfect for the speeds I want to travel in my boat, with the downside of a bit more weight. Yamaha calls theirs High Thrust, and Honda, Power Thrust. My wife and I call it silly, and had a good laugh about how commanding the thrust will be, with pelvic emphasis. We continued in that lewd vane, cracking up about how two stroke guys are quickly spent, but those four strokers have lasting power, or at least they think so.

Mercury used to call this model the Big Foot. You know what they say about big feet, right? Not suggestive enough I guess. With the rebrand to Command Thrust they nailed their target market; hard. Many power boaters want the biggest motor they can hang off the transom, short of sinking. After all, it is unarguable fact that no motor boater has ever uttered the words, “I wish I had less power”, at which point I sheepishly raise my hand.

Seriously though, maybe it is my sailing background, but I am the oddball out when pondering the motor size for a planing boat. First, I tried to start with an efficient hull that matched my needs. Next, I plan to cut out as much weight as possible. Finally, I plan to travel a little slower. Then I won’t need nearly as much horsepower, while still being able to keep up a quick pace. I know, you are waiting for the innuendo here, something about size not being important, it’s the motion of the ocean, yada yada yada, but recall that the first word of this paragraph was seriously. Seriously, this formula will save a bundle in fuel and motor costs. And Mama Earth will pat me on the head, while dearly wishing that that I would instead kick this foul fossil fuel habit cold turkey.

The problem with biggest motor club is that it’s a viscous cycle. Bigger motors weight a lot more and require much more fuel, which adds even more weight. And you are so engorged with power (could not help myself) that it seems fine to bring along another 230 pound friend with more beer and ice. Next thing you know you need an even bigger motor to push all that weight. Naturally, the next right choice is a bigger boat.

Aside – Water Is Very Resistant To Fast Travel

I am not sure folks fully realize just how much power and fuel is required to move quickly on the water. Having calculated it for my boat, it’s very disheartening. Even with a fairly lightweight and small boat, with a mostly flat bottom, and only 60 horsepower, my boat will get about the same miles per gallon as the gas guzzling 240hp 7.5 liter V8 in my truck, which gets 10 mpg sitting in the driveway (where it spends most of its time). And that is if I travel at about 20 miles per hour on the water. At 30mph it would eat twice as much fuel. A typical sport fishing boat with a 150hp outboard, running around at 30 miles per hour, would get about two miles per gallon, burning 15 gallons every hour. Loads of boats have far more horsepower than that. These days, if you think the problem with this is only the cost of fuel, you are missing the bigger picture.

So why don’t I instead use a slower displacement hull, which would only require eight horsepower, and be ridiculously more fuel efficient and peaceful? The answer is time, which is the same reason I drive a car many places. For my needs, and the distances I want to cover, I don’t have the time to travel at six miles per hour. My boat and motor choices are the best I can make right now, without giving up completely on what I want to do. And when I do have time, I will travel at hull speed in this boat, for much better fuel economy. I will also use my sail/oar boat instead, whenever possible. And compared to the massive boats moving around at high speeds everywhere, my fuel use will not even be a drop in the ocean. I still feel bad about it though.

There it is, the story of how being a persistent cheap-ass got me the motor I wanted, at the price of a little hassle. Explaining all this boat wrangling to some friends, they said it made perfect sense, and that I had profited in the game of outboard motor arbitrage. You will be in good company if you need to Google arbitrage to get that. I had to. So did my wife.